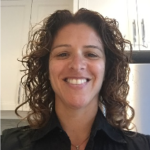 Eadit has lived in The Pocket since 2007. She has been a lawyer for 19 years and an assistant Crown attorney for the last 15 years. She is a co-founder and director of Wildfire: Lighting Up LGBTQ+ Legal Culture, a nonprofit organization that aims to strengthen the LGBTQ+ community by hosting fundraising events for LGBTQ+ causes and programs. Since 2016, Eadit has coached high school students for the mock trial tournament run by the Ontario Justice Education Network. She currently mentors a law student at the University of Toronto, and in the past mentored an LGBTQ+ youth recovering from a drug addiction.

Eadit is very excited about contributing to the community that has been so welcoming to her and her partner. She hopes to give back and create more connectedness in this special community. 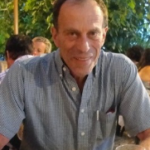 Martin has been a Pocket resident since 2005 and lives with his partner, Susan Paterson, on Hunter Street. He was born in England, trained there as a chartered accountant, and has lived in many countries through his profession.
He retired from the business community in 2015, loves cars and English football and is always looking for projects to occupy his time. Martin is happy to be part of The Pocket and loves the vibes in this unique neighbourhood.

A Shudell Avenue resident since 1982, Linda appreciates the neighbourhood improvements and growth in community vibrancy achieved thanks to the generosity and commitment of its many volunteers. Now retired, Linda previously worked in various TDSB offices.
She has enjoyed supporting The Pocket by being a member of the PCA Executive and recommends the experience to anyone who is interested in learning more about our community. 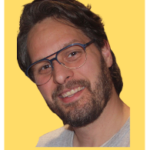 Daryl and his family have lived in The Pocket since 2017. Being a part of the PCA allows him to bridge a number of his interests, including the fostering of strong communities, advocating for climate action and supporting the voices of marginalized people and youth.

Daryl has worked in research and communications at Toronto hospitals for the past 15 years. He lives on Ravina Crescent and was the 2019 Ravina Crescent Boggle Champion. 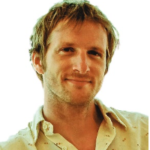 Marco Oved is both a new Pocket dweller and an old one, having grown up nearby and moved back in 2018. After spending years feeling disconnected from his community while working abroad, he is looking to get more involved and considers himself lucky to now be a part of such a positive and supportive neighbourhood.

When he’s not taking care of his small children, Marco works as a reporter with the Toronto Star. 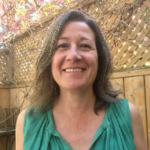 Julie has lived in the Pocket for about 20 years, working mostly from home as a freelance writer and editor. Assignments have sent her across the country and even to a few exotic locales, but it is always a joy to come home to Shudell Avenue and this amazing community.
Her publishing career has focused on attracting audiences to sign up for specialty magazines, e-mail newsletters, websites and events — building loyal communities of subscribers by providing relevant, valued content.
As Membership Coordinator, Julie looks forward to supporting the PCA by maintaining and expanding our membership roster and database, which is used to help keep our neighbours connected, informed and involved. 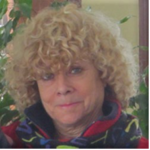 In April 2001, Gail became the proud owner of a Lydia Court home and has found our community so supportive, kind, friendly and involved in a multitude of relevant activities and ethical issues. She finds it rewarding to be involved in what is happening around her, so she has volunteered on the Neighbourhood Support Committee (five years) and been a Street Captain (three years), and she attends our Sip & Chats and AGMs.

Gail has been a passionate classroom teacher both locally and abroad–an occasional teacher and physics presenter for Scientists in School, a Future Aces educational consultant, and an adjunct professor and treasurer of TDSB Occasional Teachers. She would be delighted to focus her considerable energy on joining the PCA Executive as a Member-at-Large. 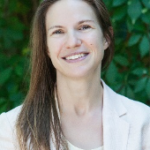 Michelle and her family have lived in the Pocket since 2012. She has enjoyed participating in and volunteering at many Pocket events over the years. She cares deeply about our community and creating a sense of belonging for everyone.

Michelle is a lawyer by background and has worked with numerous not-for-profit organizations both professionally and as a volunteer. She joined the PCA Executive in 2020, and looks forward to continuing to serve her community as a PCA Executive member.

Lori and her husband moved to The Pocket in November 2014. She became a Street Captain in 2015, and in 2016, she joined the Executive as the Fundraising Coordinator and started chairing the Neighbourhood Support Committee. She was also a Street Captain for five years.

Volunteerism is one of Lori’s passions. She worked in volunteer management in the mental health sector for 12 years and has been volunteering for charities and non-profit organizations since her teens, from serving on boards as secretary and treasurer to assisting with communications, fundraising and membership.

In 2019, Lori became the Chair of the PCA. The global pandemic led to the formation of our COVID-19 Committee, which Lori has chaired since March 2020. She considers it an honour to serve in these roles, supporting a community that continuously strives to improve on what is already a wonderful place to live.